According to Daniels, the meeting consisted of Bettman and Daly getting to know Murray and Constantine, as well as receive an update on the SODO Arena;

The Dallas Stars clinched a playoff berth for the first time in eight years, while it has been a while since the Stars tasted post season hockey, this will be an exciting time for the young Stars team. Once you make the post season, anything can happen and the Stars have about as good a chance as anyone else in the playoffs. Because it is about getting hot when it matters most.

To read the rest, continue to Kody’s Sports Korner

The first round of the Stanley Cup playoffs is often the most thrilling time in the sport. Upsets are plentiful and the action is intense. The NHL playoffs might just be the best playoffs in all of sport and the first round is a big reason why. Here are the 10 best first round matchups in NHL history.

The 1981-82 season was dominated by The Great One. Wayne Gretzky had a storybook season for the Edmonton Oilers, shattering the NHL records for goals, (92) assists, (120) and points (212) in a season. Gretzky’s incredible performance propelled the Oilers to first place in the Smythe Division, and were considered heavy favourites in their first round series against the Los Angeles Kings. This should have been a mismatch. The Kings finished a whopping 48 points behind the Oilers in the standings. Instead, it turned out to be…

Dallas Stars currently on the outside looking in, for playoff spot

The Dallas stars are so very close to being in the playoff sport, as of the 27th, they are three points out of the last playoff spot in the west. While they have been playing good hockey and could be in position to  make the playoffs, they are going to need some help at this point, because they only have one game left against the team in front of them.

to read the rest, please continue to Kody’s Sports Korner

Does The Logo Really Mean That Much?

There was a time when the Battle of Alberta was the best rivalry in hockey and one of the best rivalries in all of sport. Last Saturday, the rivalry took an odd turn when the Calgary Flames thrashed the Edmonton Oilers 8-1 in front of a hostile crowd at the Rexall Centre. The loss cemented the fact that the Oilers will miss the playoffs for an eighth consecutive season.

How hostile was it? A fan had enough and decided to throw his jersey on the ice. Oilers goalie Ben Scrivens angrily scooped up the crumpled sweater with his goal stick, and flung back into the crowd. After the game, Scrivens went on a rant that had the media salivating.

“Call me whatever name you want, but when it comes to that logo, that’s a sacred thing.” – Ben Scrivens | VIDEO > http://t.co/iQnp6pRTtU

Seattle City Councilmen Tim Burgess has stated that he does not believe that the Memorandum of Understanding — between Chris Hansen and the City — will be renegotiated to allow for a NHL first option. This statement comes on the heels of some optimistic reports that the  National Hockey League was looking at expanding to Seattle. Now, any hope of expansion appears to be dead in the water.

In his response to SportsPressNW, Burgess says that the Council is unlikely to renegotiate the MOU because they feel that the financial risk is to high with a hockey first option. He says that it: “…it was quite clear that the financial risk to the city increased dramatically with the NHL-first scenario” during the initial MOU negotiations; it is also said in that article that Hansen is a basketball guy, and is primarily focused on bringing back the Sonics. Continue Reading ->

Rich Peverley Done For The Year

Dallas Stars center Rich Peverley announced Wednesday that he is done for the season after collapsing during a game earlier this week. While it was a scary moment for players and fans alike, it goes to show preparation can save a life. He was revived after going unconscious and was immediately rushed to the hospital.

To read the rest; please continue to Kody’s Sports Korner 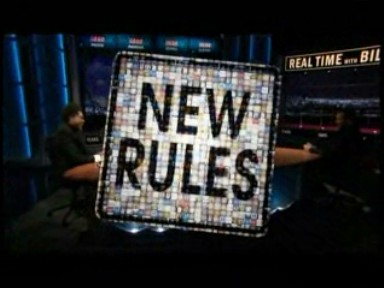 For fans of Bill Maher and his HBO program Real Time with Bill Maher, you should be familiar with the New Rules concept he does at the end of each show. Maher does a terrific job at skewering politicians, pop culture and the general nonsense on this planet while getting good laughs in the process.  By no means am I as smart as Mr. Maher but I thought it would be novel to bring the concept of New Rules to the world of sport. Here’s some examples of what I think need to be New Rules in the world of sport. 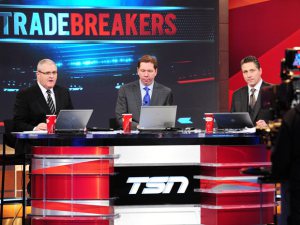 The NHL trade deadline is fast approaching and rumours are running wild on who will be wearing new uniforms in a couple of days. While most rumours turn out to be false, (or wishful thinking) some do end up happening.

The trade deadline is a fascinating day as TSN devotes its entire day to breaking deals and interviewing the people involved in the trade. While most deals end up not amounting to much, some have either helped teams win the Stanley Cup, or hurt a franchise for many years. Here are the 10 biggest trades in trade deadline history.

The deal that begat a dynasty. Also the reason why trade deadline day has become the monster that it is. Every team wants to make the perfect deal to complete the final piece of the…

Rants From The Palouse: Being The Messenger Is Dangerous

Over the last couple of years, Chris Hansen’s plan to build an arena in the industrial district south of downtown Seattle has put me in a tough spot — as a fan, and a wanna be sports reporter. Arena Co. (owned by Hansen and Steve Ballmer) signed a binding contract with former Sacramento Kings owners, the Maloofs, last January; and that contest last through May, 2013.

You’d be surprised at the amount of hate mail and death threats a college blog, that averaged 27.3 views per day during that stretch, can receive. Both sides came after me with a passion during that situation, and it always made me laugh how to groups of people who wanted to maim each other over a basketball team agreed on one thing….that I was the worst person on the internet.

A year later, I’ve found my self is a similar situation; despite the fact that there is no current franchise up for grabs.  END_OF_DOCUMENT_TOKEN_TO_BE_REPLACED

Tagged as Hockey, NHL, NHL Expansion, Rants From the Palouse