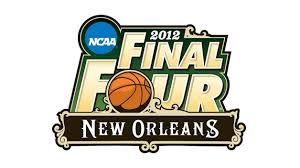 The people are filing into the city of New Orleans for this years NCAA Final Four 2012, march madness has been “MAD”as always, numerous teams have been bounced and sent home. All the drama, all the excitement, all the heroics, have built the stage for only 4 teams to stand on, BUT who will steal the show when the curtain closes? Lets look at the matchups below:

END_OF_DOCUMENT_TOKEN_TO_BE_REPLACED

One of the great sporting events takes place this weekend as the Final Four of the NCAA men’s basketball tournament takes place at the Mercedes-Benz Superdome in New Orleans. The top seeded Kentucky Wildcats, Louisville Cardinals, Ohio State Buckeyes, and Kansas Jayhawks are the four teams that qualified for this glamorous showcase of college basketball. Many NBA scouts will be in attendance as they look for young talent that can help their teams in the future. So with that in mind, here’s a preview of the weekend’s matchups.

The battle of the bluegrass state. One of the great rivalries in college basketball. These two school are only 80 miles apart and have no love loss for each other. The Wildcats are favoured to win the National Championship and have arguably the best player in college basketball in Anthony Davis. The 6″10 freshman power forward is a force…

Yesterday quarterback Tim Tebow was announced as the newest member of the New York Jets. What they didn’t tell us: that Tebow is really, really, really excited. As much as I want to, I cannot hate on Tim’s spirit and his love for football. What I can criticize is why someone who is so well spoken can come off as such a dumb jock in a press conference. Some media people say he handled it well, and he did, but in not the way he spoke. He handles the fact that not one Jet front office personnel was there with him. How are you going to host your own press conference? An ill timed press conference during the NFL owner meetings, where Jets ownership and head coach Rex Ryan were yesterday. Said Tebow about their absence, “I have bosses, too, and they wanted me to stand up here and talk to you
all,” he explained, “so I can blame it on them because they made me do
it (NFL.COM)”.

END_OF_DOCUMENT_TOKEN_TO_BE_REPLACED

The 2012 Dubsism NCAA Bracket Challenge – Instead of “The Final Four,” It Should Be “The Final Countdown”

10…9…8…  Eventually you get the blinding flash, then the blast wave that crushes everything in its path for miles in every direction, then the radioactive fallout which poisons the landscape into a toxic nuclear wasteland where there simply is no survival.

Then there’s what happened to my bracket.  This was beyond collapse; this may have been the worst bracket I’ve ever filled out.  If you read any further, be warned that my bracket exploded with such ferocity that radiation may be seeping into your eyeballs at this very moment.

END_OF_DOCUMENT_TOKEN_TO_BE_REPLACED

What's Left on The Floor

Yesterday, as the Miami Heat and Oklahoma City Thunder game was on, I had made a comment that too often has gotten me criticism from my peers. I’ve gone through this “argument” with many sports writers, basketbloggers, and people in general. Every time I make this comment, I seem to catch a lot of uncalled for flack so I’m going to clear things up here.

I want Kevin Durant to be the greatest player to ever play in the NBA.

Take a second, breathe, take that in. Read it once more for good measure.

Let me explain myself here before you go on a rant. Durant isn’t even the best player in the NBA right now. That title would obviously go to LeBron James in terms of here and now. If we go down…

As March Madness comes to as fast as an end as it began with, I am reminded this time of year why I DON’T DO BRACKETS: By the first weekend, usually the play-in games, I am out of contention and have lost any money I put into a pool. I haven’t competitively done brackets in a few years, much to the chagrin of new followers to TSFSG. When confronted with the usual question, “You’re The Sports Girl, I how do you not do brackets”, I quip back, “YA GIRL DON’T DO BRACKETS” and give the above explanation. I think it’s hilarious how people get caught up in brackets. I would rather play fantasy soccer than do brackets.

But it does not stop me from making predictions, which I guess is what doing brackets is, but I don’t like being wrong that many times. Reviews and predictions for The Final Four in New Orleans after the break!

END_OF_DOCUMENT_TOKEN_TO_BE_REPLACED

Tiger Woods stopped all naysayers — at least for a few more weeks — as he dominated the field this week to beat Graeme McDowell on Sunday by 5 strokes at the Arnold Palmer Invitational at Bay Hill on Sunday.

END_OF_DOCUMENT_TOKEN_TO_BE_REPLACED

Here we go again. Another head shot. Another hearing. More controversy. More hand wringing. More cries about cleaning up the sport. This time around, Duncan Keith of the Chicago Blackhawks delivered a hard elbow to the head of Daniel Sedin of the Vancouver Canucks during a feisty game on Wednesday night.

Now remember, the Canucks and Blackhawks are engaged in probably the nastiest rivalry in the NHL today. These two teams do not like each other in the least. So it’s not a shock when an incident like this happened when these two club get together. I’m surprised there hasn’t been a full-fledged brawl but that’s another story.

In case you haven’t seen it, here is the offence in question.

For that hit, Keith was suspended for 5 games by the NHL. To me it’s not enough. 5 games is nothing for Keith who will use this to get rested…

Is Chipper Jones a Hall of Famer?

An era is coming to an end in Atlanta.  Larry Wayne “Chipper” Jones, arguably the best position player in the history of the Atlanta Braves short of Hank Aaron and perhaps the greatest third baseman in the history of the franchise, has announced that he will retire at the end of this season.

You really can’t compare Jones to “Hammerin’ Hank,” but comparing Jones’ career numbers at this point to Hall of Fame third baseman Eddie Mathews gets a bit interesting (all statistics from Baseball Reference.com).

END_OF_DOCUMENT_TOKEN_TO_BE_REPLACED

SMELLS SO SWEET: Which Teams Will Win Big On Day One Of The Sweet Sixteen

It’s Sweet Sixteen time in the 2012 NCAA Tournament and we certainly haven’t seen the usual load of upsets and heart-pounding finishes. Although this is true, there have been not one, but two 15 seeds knocking off two seeds, as Norfolk State stunned Missouri and Lehigh shocked Duke. Other than those two bracket-busters, there has mostly been chalk. Will that continue in the Sweet Sixteen? It is time to find out. Here are my picks for day one the 2012 Sweet Sixteen:

(HINT: USE THE PAGE NAVIGATION BELOW TO VIEW PICKS)

(ALL GRAPHICS MADE BY SAM BRIEF)