After that tough loss to Washington in the Apple Cup…it is time for Washington St. fans to step up and stop making excuses.

Sports with Neil and Friends

Despite the 27-17 loss in the Apple Cup, the Washington State Cougars are still bowl eligible. This year’s squad earned its eligibility against the toughest Pac-12 in the last decade, and they did it without any final game drama.

This was a team that many of us — in August — thought would struggle to win four games, and yet they won six…SIX!

In two seasons at the helm, Mike Leach has managed to take a program that was the laughing-stock of college football and won three road conference games; and double the win total from his first season as a result. This shows that Coach Leach has successfully installed a different culture in that locker room.

And now it is time for the culture to change with the fans who support the team.

The biggest game of the college football season takes place on Saturday on the plains of Alabama. The Iron Bowl is always an emotional affair that has divided the state since their first meeting back in 1893. This year’s game has the added meaning of the SEC West title on the line, as well as a possible spot in the BCS title game. So when the top-ranked Alabama Crimson Tide lock horns with the fourth ranked Auburn Tigers at Jordan-Hare Stadium, the state of Alabama will stand still with the rest of the country watching with great interest.

When Alabama Has The Ball:

Coach Nick Saban believes in balance but will favour the run over the pass. That said, A.J. McCarron is the key to the offense. The senior quarterback is an effective game manager that makes few mistakes. What has impressed Saban and the rowdy Crimson Tide fan base is…

Memo to the NFL: The Pro Bowl Doesn’t Work

As the NFL’s regular season draws to a close, fans are logging on in droves at NFL.com to vote for their favorite players to play in the year’s most pointless event – The 2014 NFL Pro Bowl.

But this year, the “Added Bonus” that the NFL front office people are throwing our way is that this year’s game will be “unconferenced”.  If you don’t know what that means, that’s quite alright because it’s not a real word.  Players will be drafted in what I can assume is sort of a schoolyard type of atmosphere and then it won’t be NFC vs. AFC at all.  So I’m not exactly sure how they are going to work the scoring or name the teams, but then again I’m not sure about a lot of things surrounding the Pro Bowl.  END_OF_DOCUMENT_TOKEN_TO_BE_REPLACED

Up until now, we had been consulting our medical expert Dr. Kelly Brackett for his prognoses on NFL teams. Then we asked legendary movie odds-maker Sam “Ace” Rothstein for his thoughts. Now it’s your turn. That’s right, we’ve decided to take some of our observations about this past week in the NFL and open them up to the public in the form of poll questions. It’s not a new concept, but since nobody tends to ask the kind of questions we do, it promises to yield some interesting discussion.

1) Is Thursday Night Football a Conspiracy?

END_OF_DOCUMENT_TOKEN_TO_BE_REPLACED

So for those of you who don’t know, the Washington State Cougars are bowl eligible for the first time since 2006; and are probably heading their first bowl game since 2003. That fact makes me extremely excited (warning: that post makes no sense).

Now the question for Coug fans becomes, which bowl game that we are probably going to see the team play in. Unfortunately, that question isn’t such an easy answer because of the fact that the Pac-12 has nine bowl eligible teams, and seven guaranteed bowl spots. And that makes us nervous that WSU fans nervous that 2013 will be a repeat of 2006.

That 2006 squad was left out of the bowls because Jim Sterk didn’t really campaign for a bowl spot, and that the 2006 squad went 0-3 in November — including a loss to UW in the Apple Cup. Speaking of the Apple Cup….

…that’s this Friday, and we will be going all in on our coverage in preparation for it.

Now onto the power rankings.

Two of the most decorated clubs in European football will clash at the Amsterdam Arena on Tuesday as Dutch giants Ajax Amsterdam tangle with Spanish superpower Barcelona in a Group H fixture. Both clubs have won the European title 4 times, and are filled with legendary players from the past.

However, the present time is much kinder to Barcelona. Already clinching a spot in the Round of 16, Barcelona can clinch first place in Group H with a victory. Barcelona easily defeated Ajax 4-0 at the Nou Camp back on September 18. Ajax are currently sitting in third place in Group H, one point behind AC Milan. If Ajax can somehow get a positive result, it would set up a vital matchup with the Italian club on the final day of the group stage, with the winner moving on to the Round of 16.

For the most part, Ajax uses…

SBM Exclusive: Conversations Not Meant To Be Public – Will Muschamp Calls a Staffing Agency

by J-Dub and Meehan

When a football team becomes a train wreck, much like the Florida Gators have become, sometimes the concept of “team” starts to show cracks. As we have been prone to do in this series, we find those cracks and expose them to you, the blog-reading public.

It seems that several such cracks have surfaced in Gainesville. It seems that Gator head coach Will Muschamp may be concerned about his future employment status as indicated by this conversation between Muschamp and a Gainesville-area staffing firm which was intercepted* by Sports Blog Movement.

*Legal Disclaimer – J-Dub and Meehan have a strange way of defining certain terms. “Intercepted” should be read as “completely fucking fabricated” by these two jamokes during yet another of their nights spent making Pine-Sol and Sterno shooters until 6 a.m. Despite that, we here at Sports Blog Movement would be willing to bet these guys probably aren’t far from the truth…

END_OF_DOCUMENT_TOKEN_TO_BE_REPLACED

Tagged as Conversations Not Meant To Be Public, Florida Gators, SBM Exclusive, Will Muschamp

My quick, and nonsensical, reaction to WSU becoming bowl eligible for the first time since 2006.

Sports with Neil and Friends

The Washington State Cougars beat the Utah Utes on Saturday, Nov. 23rd; this win makes the Cougs bowl eligible for the first time since 2006. Another great thing about this win is that it avenged the 2011 loss in Martin Stadium.

This game was huge for the team, the fans, the program, and the school. WSU has been a laughing stock nationally since 2009 — thanks for being that title in ’08 UW! — and has watched its football program struggle to overcome the slow collapse that started around 2006.

Is the program completely out of that hole? Not even close.

Is the program getting closer? Hell yes.

As I sat in the control van, for Martin Stadium’s giant video board, I broke down in tears as I hit the “COUGS WIN!!” graphic while Halliday was taking the final knee to secure the victory. The last time this program was…

What We Know Now: The NFL May Have a Problem Much More Serious Than Bullying‏ 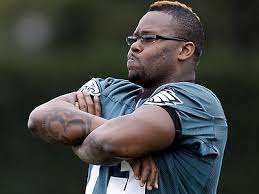 This weekend I am wrapping up a piece for East End Philadelphia for my “Deep Six” series of columns.  One of the things that I mentioned is the overuse of the term “bullying” in the media and how that word has been misapplied to a lot of things in modern life, and recently the NFL has gone through an issue where a guy accused a teammate of such things.

The issue that I am speaking of would be the Richie Incognito story, and thankfully it has disappeared quickly for the time being.  I have this feeling that the NFL is going to wait to release their findings until after the season is over so as not to distract the fans from the playoffs which are going to be awesome this year.  And I had thought in my mind that we were done hearing about bullying in the NFL for the time being… But I was wrong. END_OF_DOCUMENT_TOKEN_TO_BE_REPLACED

The Definitive Dubsism Breakdown of the Pass Interference Non-Call at the End of the Patriots-Panthers Game.

If you are a sports fan who doesn’t line under a rock somewhere on the dark side of the moon, you know that last Monday night’s game between the Carolina Panthers and the New England Patriots ended on what became a controversial call.

It didn’t have to be that way, and that is why we here at Dubsism took a few days to digest all the blather that has surrounded this situation so that we may offer our definitive breakdown.

If you are under that moon rock, here’s what happened.  On the last play of the game, the Patriots have the ball at the Panthers 18-yard line, and tight end Rob Gronkowski is running what looks to be a “seam” route and ends up at the back of the end zone a few feet to the right in front of the goal post. Tom Brady’s pass is intercepted by Panther…