Why You Shouldn’t Cheer For: The Denver Broncos 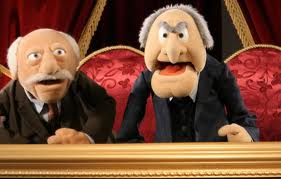 As part of Sports Blog Movement’s Super Bowl coverage, we are taking a page from J-Dubs own blog Dubsism. There, he made it a point to depart from the usual Super Bowl bluster; we aren’t here to tell you a bunch of shit about who’s going to win, why there going to win, and we sure as shit aren’t getting into those godawful “human interest” story about some third-string linebacker whose kid has a disease you never heard of.

This year, J-Dub is teaming up with SBM Managing Editor Ryan Meehan, whose dyspeptic rants make for the perfect complement to  J-Dubs’ “crabby old man” bullshit. As far as the Super Bowl is concerned, this means SBM will be taking the Dubsism bit about telling you why you shouldn’t cheer for either contestant, and giving it the twist only SBM can give you.

Having said that, here’s why you shouldn’t cheer for the Denver Broncos.

1) The Broncos are the definition of why traditional NFL fans hate the modern era.

The Broncos are statistically the best offense in NFL history, and if you’re a fan of the way the game used to be played, that’s a great reason to hate them.  We don’t care how you slice it, if the Week One game against the Baltimore Ravens would have been played in 1987, Peyton Manning might have had three touchdown passes as opposed to the seven he notched.  But thanks to Madden, Fantasy Football, and Kommissar Goodell, it’s a different game now, based on going above-and beyond to protect quarterbacks in a game stilted to favor that quarterback filling the skies with footballs like some sort of leather-dispensing farm sprinkler.   Which, if you couldn’t guess, means today’s NFL fits this version of the Denver Broncos better than Peyton Manning fits into his custom-tailored jock strap.

There was a recent quote in Sports Illustrated where Dan Patrick had asked Joe Montana how he thinks the quarterbacks from that era would have fared in today’s game.  After what was assuredly a very sarcastic fake chuckle, Montana talked about how good Dan Marino would have been in 2013.  There’s really no disagreeing with that point; think about the ridiculous numbers guys like Marino, Dan Fouts, Sonny Jurgensen and a bunch of the other guys on J-Dub’s All-Time Quarterbacks List would have put up in today’s NFL.

Lee Harvey Oswald: 50 years too early to be a great defensive coordinator in Goodell’s NFL.

Face it, in Kommissar Goodell’s NFL, quarterbacks who stay in the pocket and chuck the rock with no abandon get preferential treatment.  Defenders even getting near a pocket quarterback is now as allowable as contact between Jerry Sandusky and youth camp attendees; defenses can even be penalized if the quarterback’s room service doesn’t arrive on time.  In contrast, the minute one of the “new-school” running quarterbacks leaves the pocket, opposing defensive coordinators are allowed to use a sniper rifle from the press box, but to keep it fair they are not permitted to use laser sights.  Boil it all down, and what you get is for a pure pocket passer like Peyton Manning, the zebras can’t wait to be a star on the Super Bowl Championships section of Manning’s Wikipedia page, should he win again….we’ll expand on that a bit little later…

2) The term “Denver Broncos” is synonymous with “ugly uniforms.”

Let’s be honest, whatever togs the Broncos emerge from the tunnel in on Sunday will be the least horrible uniforms they’ve ever worn. The problem is all about the colors.  If you are familiar with the concept of the color wheel, then you might also be versed on the theory of color harmonies. This simply says that in visual experiences, harmony is something that is pleasing to the eye. It engages the viewer and it creates an inner sense of order;  a balance in the visual experience.  The color combination used by the Broncos throughout their history is anything but harmonious; it’s actually the visual equivalent of beating an out-of tune violin with a dying cat.

3) Knowshon Moreno has the dumbest name in a sport where that’s an impressive title.

Denver’s leading running back is named Knowshon Moreno, a perfect example of how people aren’t very skilled when it comes to naming their kids nowadays.  Worse yet, he was born in 1987, so you can only imagine what NFL rosters are going to sound like in 2040. 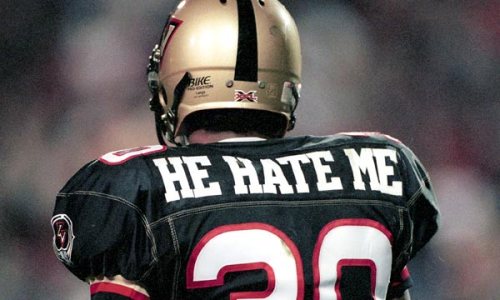 Thanks to the XFL, stupid football names are another thing we can blame on Vince McMahon.

I have to wonder sometimes if there is a book they keep in hospitals that have an unabridged list of suffiixes, on some sort of sliding card so quasi-literate mothers can match them with whatever prefix and/or apostrophes they feel are necessary.  For every unnecessary syllable, mothers get $100 off of the price of the entire birthing experience, a savings that will come in handy now that KFC is bringing back the “Go Cups.”

We  know the real issue here is there are a million ways to bastardize Keyshawn: Kayshawn, Keyshlayn, K-Mart, Kesha, K’shandrick…you get the picture.   So, not only do we have to add “Knowshon” to that list, we have to worry about Chris Berman coming up with some ridiculous tagline like “The More You Know”-Shon or “If you don’t know, now you Know”-Shon.  If that doesn’t make you want to eat shards of broken glass, maybe it’s time to get a dietitian who’s more “In the Know”-Shon about malt liquor. and pharmaceutical-grade peyote.

4)  The Broncos winning would cement the argument about the NFL giving Michael Jordan-like treatment to “marquee” players/teams.

Earlier, we said we would come back to this later…well, now is later. Look, we understand the NFL isn’t rigged per se. There are way too many referees, players, trainers, et cetera involved, which means out of all of those people, you know one of them would have gotten piss-drunk and spilled the whole damn thing.  So, if there really were some Tim Donaghy/NBA -type shit going on here, once that news broke, the internet as we know it would instantly self-vaporize.

However, that certainly doesn’t mean that if the game comes down to one crucial call the officials won’t  know exactly which way they are going (wink…nudge…)  The fact that the NFL wants the Broncos to win the Super Bowl is about as well-kept secret as the Normandy invasion. Everybody knew there was an invasion coming, the key was where would it actually happen? In other words, if this game turns out to be a clear Seattle victory, then so be it. But we can also be reasonably sure if the zebras find themselves in a position to kick one onto the fairway for Manning and the Broncos, it is as certain to happen as the court-ordered rehab for (insert Kardashian offspring here) in about 16 years. 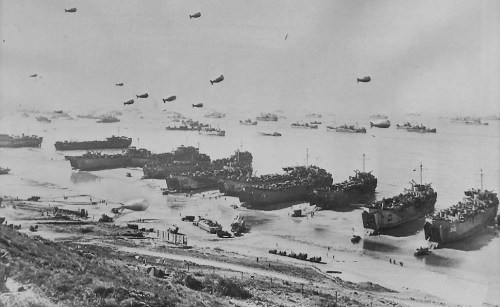 If you don’t want to believe that, strap this one for size.  Let’s just say for shits and giggles that the NFL had some serious vested interest in having the San Francisco 49ers win the NFC Championship game against the Seahawks. It was pretty fucking obvious that wasn’t the case, as evidenced by just about every call/non-call in that game.  But at the the end when the zebras could have easily ginned-up a reason to give the 49ers a 1st-and-goal at the one-yard line, they went out of their way to do exactly the opposite, thus denying San Francisco a shot to win the game.  Don’t think for a second a similar call in this Super Bowl wouldn’t go Denver’s way.  Not to mention, Seattle still has an overdue charge on it’s KarmaCard for the “Fail Mary” last year.

If you can catch John Elway after a few rum and cokes, I’m sure he’d be more than happy to admit this all to you.

2 responses to “Why You Shouldn’t Cheer For: The Denver Broncos”